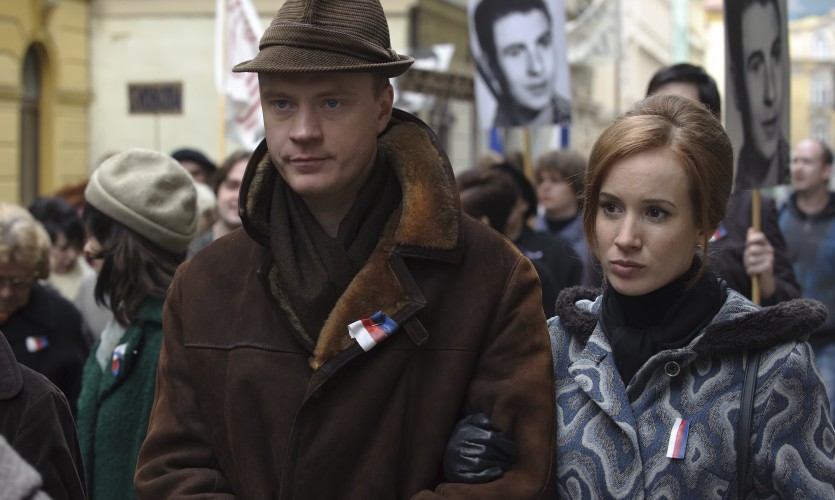 Premiering as a three-part mini-series produced by the Czech branch of HBO and directed by Oscar-nominated Polish director Agnieszka Holland, this extraordinary epic begins with one of the most famous acts of resistance of the 20th century: the self-immolation of Jan Palach on Prague’s Wenceslas Square in January 1969.

What follows is a battle for the significance of Palach’s sacrificial gesture to be understood, with the lead character the real life attorney-at-law Dagmar Burešová (Táňa Pauhofová), who dared to file a libel suit against Communist MP Vilém Nový (Martin Huba) on behalf of Palach’s family.

Presenting a panoramic portrayal of society at the beginning of Normalization, Burning Bush won 11 awards at the 2014 Czech Lions.