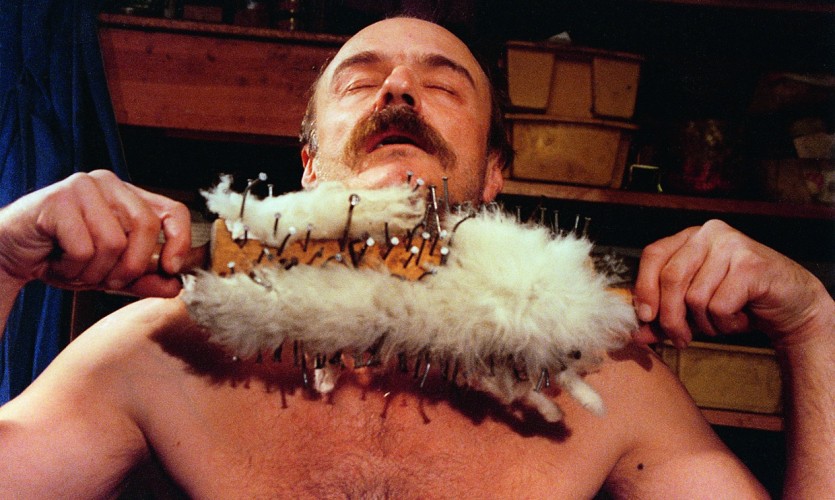 Dialogue free and mostly live action, Jan Švankmajer’s hilarious third feature has its origins in an unmade short film from 1970, Light-Bluebeard, concerning the sado-masochistic, transmutative relations between a pair of neighbours.

A series of experiments in tactility conducted in the 1970s by the Group of Czech-Slovak Surrealists, at Švankmajer’s behest when he was forbidden from making films, further informs this singular comedy that features six characters participating blithely in an elaborate auto-erotic roundelay. Švankmajer’s perennial interest in the sense of touch is elevated here to synaesthetic levels…

For its Melbourne screening, CaSFFA is delighted to be presenting Conspirators of Pleasure in partnership with the Melbourne Cinémathèque.

In Sydney, Conspirators of Pleasure will be preceded by Švankmajer’s classic 1992 short, Food (Jídlo, 17 min).