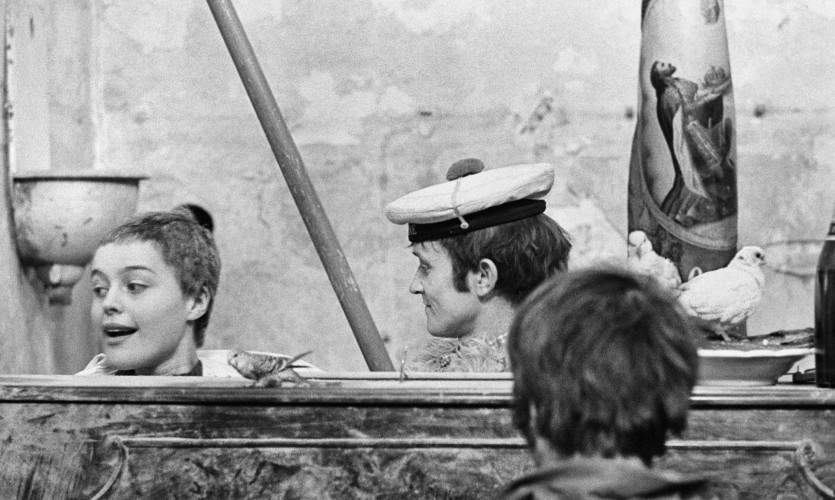 Shot under highly straitened circumstances in the immediate wake of the Soviet invasion, and featuring a score by the great Zdeněk Liška and breathtaking cinematography from Igor Luther, this extraordinary film from “the Slovak Fellini” had no sooner premiered abroad in 1969 than it was banned at home for 20 years!

While Juraj Jakubisko’s mosaic-like parable is set in undefined space and time, its crazy world without ideals filled with violence, cynicism and hopelessness clearly references Czechoslovakia after August 1968. Three strange loners survive only thanks to their “foolishness“ – a life based on play and a philosophy of joy. But the tragic ending of their coexistence is an inevitable outcome of a reality that only offers two possibilities: insanity or death.